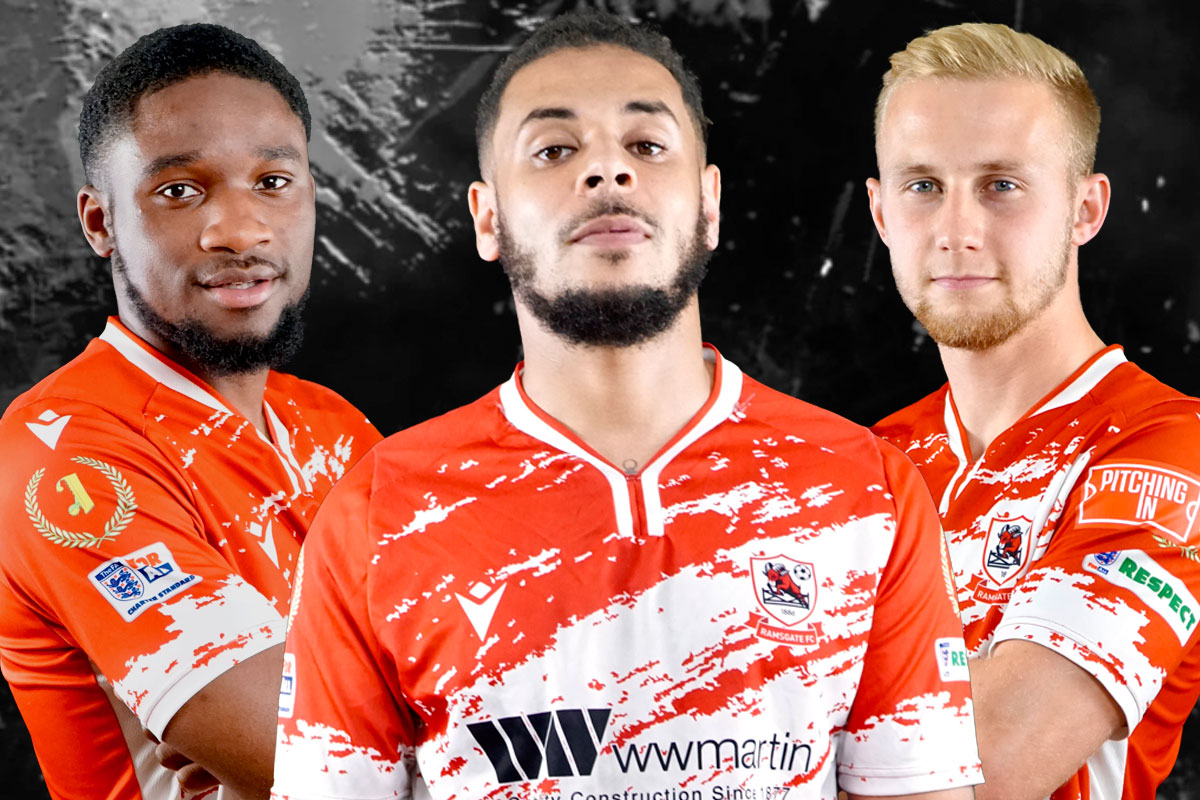 Ramsgate Football Club is delighted to confirm a trio of signings as the Isthmian season draws closer.

Prolific goalscorer Jordan Chiedozie returns to The WW Martin Community Stadium, as does Jack Paxman, while wideman Theo Osinfolarin has committed to Steve Lovell’s side following an impressive pre-season for The Rams.

Chiedozie raced to ten goals last season before leaving The Rams in October and his return will be a welcome one for supporters.

Paxman, who left Ramsgate in 2019, will need no introduction to Rams fans. The versatile youngster has been a key player for Deal Town over the past few seasons and has looked in fine form in recent friendlies.

Osinfolarin started last season at Isthmian Premier Division play-off winners Cheshunt and has also represented Kent U18s. The 23-year-old has dazzled fans with his dribbling during pre-season and promises to be another crowd favourite.

Support the boys in their promotion hunt by becoming a season ticket holder for just £95. Click the link for more information! https://www.cognitoforms.com/RamsgateFC/SeasonTicket2223