Ramsgate FC will host Cray Valley (PM) in the pick of the fixtures on the opening day of the Isthmian South East 22/23 season, at The WW Martin Community Stadium on August 13th.

Both sides spent the entirety of last term in the top-six and the fixture will be a huge test for both sides in their opening game.

The start doesn’t ease up with a trip to Woodstock Park just three days later to lock horns with Nick Davis’ highly tipped Sittingbourne. This is followed by another another away match, on August 27th, when The Rams take on Haywards Heath who suffered play-off heartbreak last season. 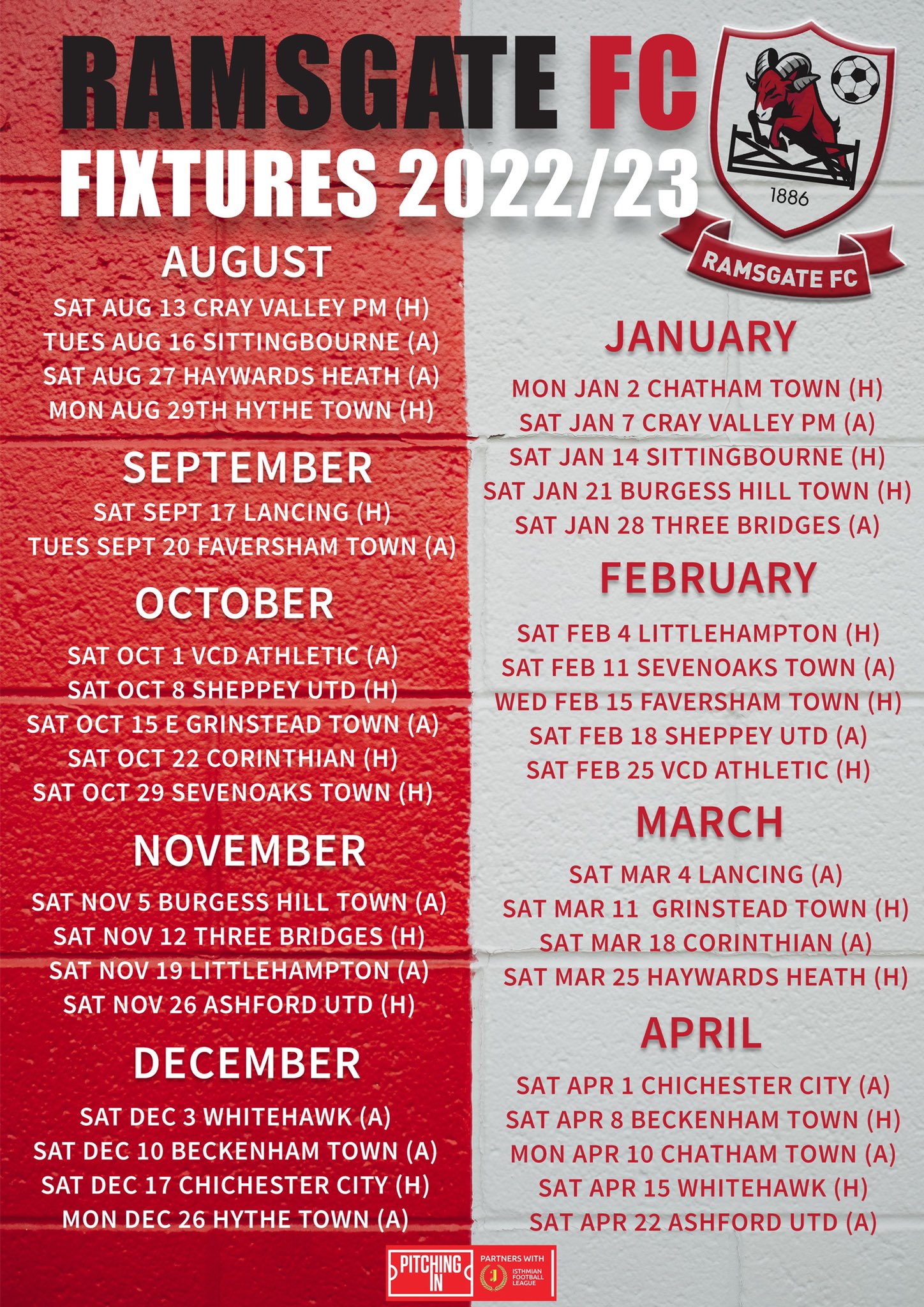